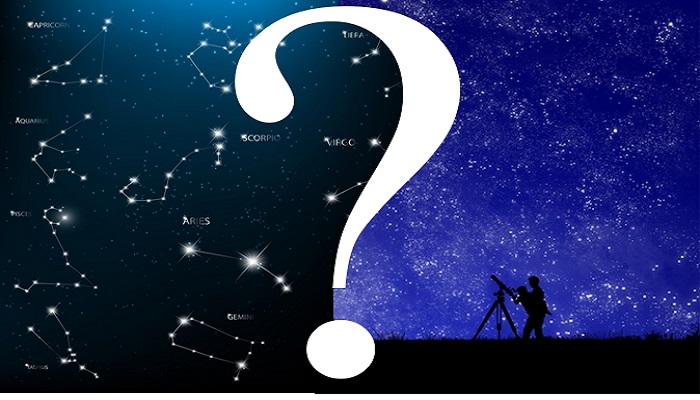 Astronomy is the study of the celestial bodies in the universe and the interplay between them. It is a branch of science that aims to explain the origin, evolution, and phenomena of celestial objects. The word astronomy has Greek roots coming from the word ‘astronomia’ which literally means ‘star arrangement’.

Astronomy uses the concepts of mathematics and physics to deduce and experiment with astronomical theories. Just like any other field of science, repeatability of findings and peer reviews are known methods to ensure the validity of scientific findings in the field of astronomy.

Astrology, on the other hand, is the study of ‘impact’ of the astronomical happenings in the universe. It is a form of divination which is used to predict outcomes and events. According to the branch of astrology, the movements of celestial bodies influence human lives on Earth.

Depending on the time and place of birth of a person, an astrologer may predict his life events and personal traits. There are several fields within astrology which originated across the world in various cultures over thousands of years.

The first trace of astrology can be dated back to the Babylonians which are credited with the birth of astrology around 2000 years ago. From Babylonians, astrology was taken over by Greeks in the 4th century BC. The Greeks made significant advances in the field by the works of Greek philosophers like Plato and Aristotle.

The most famous formats of astrology are Western astrology, Indian Vedic astrology, Arab and Persian astrology and Horary astrology. All the forms of astrology believe in the same theme of celestial bodies and their phenomena affecting human lives on Earth. Most of them require a person’s birthplace and time details in order to make a natal chart.

This chart is analysed by an astrologer to make predictions. The difference in all these forms lies in the deliverance of the prediction. Indian astrology uses the sidereal system while western astrology uses the tropical system. Horary astrology does not take a person’s birth details into account, instead, it utilises the time and place of the question asked to answer a specific question.

Historical Significance of Astrology and Astronomy

In the ancient world, both Astrology and Astronomy were treated as one and the same. In Medieval Europe, the world astronomia was used to refer to both disciplines jointly. This discipline was one of the seven liberal arts during those times.

Astrology was as relevant as a science as astronomy is today. Royal Courts in Europe used the services of astrologers to make decisions. The medical students in those days were taught astrology as is was an eminent part of medical practice. Hippocrates, the father of medicine quoted that a physician who has no knowledge of astrology is not a physician. Most astronomers during this era were also astrologers. Some of the famous names are Galileo Galilei, Johannes Kepler, and Tycho Brahe.

During the 17th century AD in the Western World, astrology and astronomy started gaining distinction from each other. Astrology began to be seen as a dogmatic practice which lacked logic and reasoning. In the 18th century, it was believed that astronomy is the base on which astrology has been built and they are distinctive fields.

Astronomy started to be regarded as the study of celestial objects and phenomena around the Earth and the universe while Astrology was claimed to be a divination study that based its prediction of future events on celestial movements. However, in spite of the apparent loss of credibility, astrology continued to increase in popular appeal.

Similarities between Astrology and Astronomy

The similarity between astrology and astronomy is in the way both fields of science originated. Astronomy came about in the prehistoric times when people started noticing the movements of celestial bodies. As these observations became more systematic it resulted in the knowledge of celestial bodies and their movements which affected climatic conditions, natural disasters and time tracking. Soon, astronomy became an integral way of life which allowed humankind to organize their time, control navigation, systemize the agriculture and prepare for calamities of nature.

Another similarity is that they continue to be dependent on observation of celestial space and the events that take place there.

Differences between Astrology and Astronomy

The following are the three key differences between Astrology and Astronomy.

Astronomy is considered to be a natural science compared to astrology which is considered as a pseudoscience. A natural science is a branch of study dedicated to the understanding and exploration of natural phenomena based on empirical evidence. A pseudoscience, on the other hand, is the study of a collection of belief and practices that have been claimed as scientific. However, they lack empirical evidence and proof.

While astronomy is a science that requires scientist with higher degrees like a doctorate to study before they can make a career in astronomy, the same is not entirely true for astrology. While there are degree level courses available for studying astrology, most of the famous and reputed astrologers may be regarded because of their experience and accurate predictions. For many astrologers, a degree is not a critical requirement to have to pursue astrology as a profession.

Astrologers use equipment like a telescope and work in sophisticated observatories so that they can view astronomical occurrences. Astrologers uses their knowledge gathered from study of ancient texts to calculate and create natal charts and to analyse these charts. These days, computers are also used to quickly deliver charts as well as make some of the predictions from that chart. Even so, the analysis requires an astrologer’s knowledge on the subject.

The confluence of astrology and astronomy makes for a complete package from an astrologer’s point of view. Without the knowledge of astronomy, there would be no astrology. Astrology in summation is a matter of conviction as compared to astronomy which is considered to be a natural science.

Know more about What is Astrology and Its Uses here

Images are taken from here and here