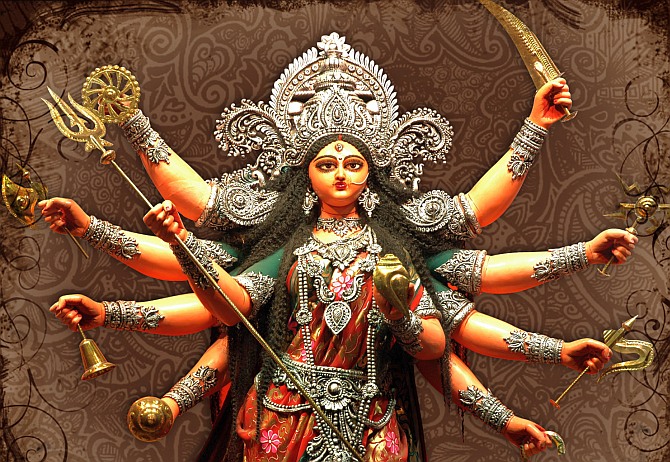 The pious festival of Navratri is celebrated by Hindus throughout India with reverence. The word ‘Navratri’ literally means ‘nine nights’. The festival is spread over nine days. During these days, the followers worship Goddess Durga in her nine avatars (one for each day).

Many of the followers, practise fasting or ‘vrat’. People fast for seven days so that they can offer puja on the last 2 days as part of the Hindu rituals. In theory, there are four Navratris every year, one in each of the four seasons. Out of these four, the autumn Navratri popularly known as the Sharda Navratri is most celebrated. It is celebrated in the month of ‘ashwin’ in the Hindu calendar. This month coincides with the months of September or October in the Gregorian calendar.

After Sharda Navratri, the second most celebrated Navratri is the Vasanta Navratri. It happens in the month of spring or vasanta. It is celebrated in the lunar month of Chaitra or as per Gregorian calendar around March or April.

The History of Navratri

The festival of Navratri celebrates the victory of good over evil. As per Hindu mythology, the Goddess of power, Durga, battled the buffalo demon Mahishasura. In doing so, she restored peace and reinstated dharma, i.e. the right order of things. Her success is celebrated in the form of Navratri. Navratri is therefore a symbol of feminine power as well. 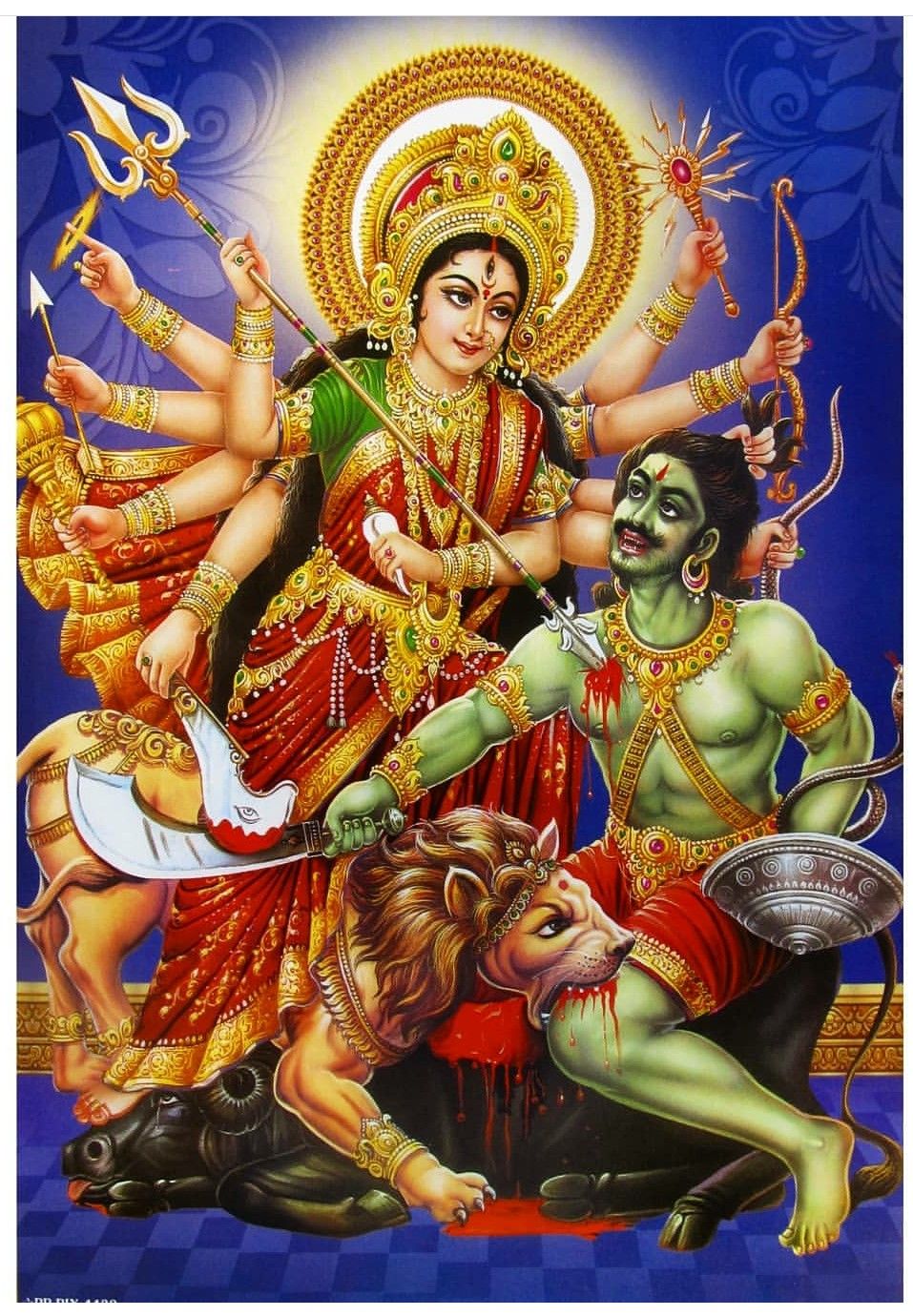 Significance of the Days

Each day of Navratri is dedicated to one of the avatars of Goddess Durga. Every day has a significant colour which should be worn on that day. All of them are mentioned below.

This day worships Ma Shailputri or the daughter of the mountains. She is an incarnation of Ma Parvati. She is depicted with a trishul and a lotus in her hands and is riding a bull. She represents the power of the holy trinity – Brahma, Vishnu and Mahesh. The colour of this day is red as red stands for action and vigour reflective of the deity

Goddess Parvati’s unmarried self, Sati or Brahmcharini is worshipped on this day. She is the symbol of peace and moksha i.e. emancipation. The colour of the day is blue as it stands for the calm energy representative of Goddess Sati.

Day 3 is for worshipping Chandraghanta. It is said that after marrying Lord Shiva, Parvati adorned her forehead with a half moon or half Chandra. She exemplifies beauty and bravery. The colour of this day is yellow as it stands for bravery.

On the fifth day, Goddess Skandmata is worshipped. She is the mother of Skand or Lord Kartikeya (Shiva and Parvati’s son). She is riding a lion and has four arms which are holding a baby. She represents the ferocious woman who is brave when faced with a danger upon her baby. The colour of the day is grey as grey stands for the transforming strength of a mother whose child is in danger.

On the seventh day, Goddess Kali is worshipped. She is the most ferocious form of Goddess Durga. It is said that in order to kill the demons Sumbh and Nisumbh, Goddess Parvati removed her skin to reveal the dark skin underneath. The demons who were undefeatable by men due to a boon, set out to conquer the world. Goddess Kali defeated them thereby protecting the world. The colour of this day is white which is the colour of peace and prayer as the Goddess Kali will protect her worshippers from any harm.

On this day, the form of Mahagauri is worshipped. She represents peace, optimism and intelligence. The colour of this day is pink because it is a symbol of optimism and hope.

Goddess Siddhidatri is worshipped on the ninth day. People pray to her on the final day of Navratri as she may bestow them with wish fulfilment. She has four hands. The festival culminates today. The colour of this day is pink as well because it is a symbol of hope and new beginnings.

This festival is celebrated in myriad ways across India. In West Bengal people celebrate it as Durga Puja and feast on food. While in Uttar Pradesh, people fast for nine days. In Karnataka, the Hindu temples are lit up while in Kerala Saraswati Puja is done for three days out of the nine days. In Maharashtra, ghat sthapana or mounting of a jar happens. The garba dance of Gujarat is very famous where people of the state dress up in colourful traditional attire and dance to folk music. The common theme of this festival is the joy of celebrating it be it in any region of India.