Palmistry or chiromancy is the study of the palm to analyse the personality traits and identify life trends of the subject whose palm is being observed. The palm readers or the palmist analyse the lines and other palm features to foretell the future life of a person. They believe that by reading the lines of the palm they can also tell a lot about a person’s characteristics and traits.

This practice is popular all over the world across diverse cultures like India, Tibet, China among others. Thousands of years ago, Indian sage Valmiki wrote a book on palmistry called the ‘The Teachings of Valmiki Maharshi on Male Palmistry’. Palmistry spread from India to China and Greece. In Greece, Aristotle discovered a treatise on palmistry which he presented to Alexander the Great. Alexander, in turn, used palmistry to analyse the character of his officers.

In the modern era, William John Warner (popularly known as Cheiro) is credited with initiating the modern palmistry movement. After studying under his gurus in India, he set up a palmistry practice in London which was frequented by several celebrities of that age. These celebrities came from all walks of life, from literary stalwarts to royalty to scientists, everyone had an interest in palmistry. Some of the famous names are Mark Twain, the Prince of Wales, Thomas Edison and Oscar Wilde. 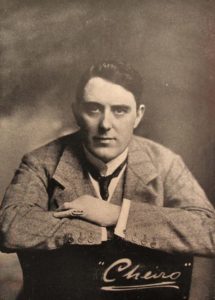 Despite enjoying a wide audience, palmistry has been treated with stigma as well. During the renaissance age, the practice was classified as one of the seven forbidden sins. In the middle ages, the Christian church labeled it as a pagan superstition. In modern times, there are several conflicting interpretations of the palm readings which vary from one palm reader to another. Also, there is lack of any scientific empirical evidence due to which palmistry has its share of critics.

Below are five of the most common myths in palmistry as prevalent today.

Myth Number 1 – The Dominant Hand is the Working Hand 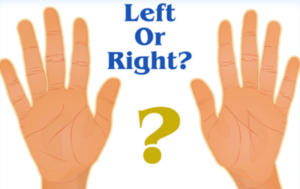 Many followers of palmistry and palm readers often debate on which hand should be treated as the ‘dominant’ hand while reading palm lines. It is a question that has more than one answer among palmists. Some palmists mention that the hand used most by a person is the dominant hand. So, if the person is a left-handed person then they will analyse his left hand. However, palm reading experts insist that the right hand is the correct one to study. This is because the right-hand controls the left hemisphere of the brain which deals with mathematical computations and understanding language. It is also in charge of carrying out all logical processing in the brain. The right hemisphere, on the other hand, oversees spatial abilities, face recognition, processing music and visual imagery. It also helps to interpret the context of any situation and decipher the tone of any conversation.

Thus, it is an obvious choice for a palm reader to go for a reading of the right hand. The same approach works for both male and female hand reading. According to famous palmist Ed Campbell, right-hand should be analysed in case of both men and women. Modern science has made it clear that there are no mirror differences between both genders. The ‘right hand for men’ and ‘left hand for women’ approach is purely cultural.

Myth Number 2 – Palm Lines of a Person are Permanent
A common misconception about palmistry is about the permanent nature of the lines. Many believe that a person is born with a set of lines etched on their hands and that these lines are permanent in nature. However, the truth is that the lines keep changing continuously albeit slowly. For example, the tiny offshoots from major lines keep appearing and disappearing. Also, the lines keep getting lighter or darker as well as change direction over time. Even the colour of moles in a palm, if present, may become lighter / darker over a period of time. 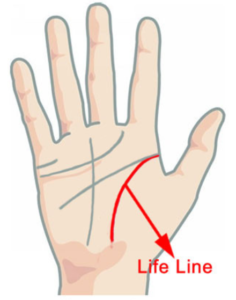 One of the greater dangers that palmistry faces are from ‘novice’ or ‘amateur’ palmists who do it for the fun part. They often take the nomenclature of palmistry quite literally and thereby become a source of great confusion by proclaiming that the ‘line of life’ indicates the lifespan of a person. The ‘line of life’ is a major line on the palm. It indicates the general health and different periods in a person’s life. It is an indicator of the ‘energy’ of any person. A break in line does not represent an accident or a short line does not indicate a short life necessarily.

Myth Number 4 – Palmists Can Tell the Minutest Details of One’s Life
A palmist can give you a general idea of how your family life is going to be, but they cannot accurately tell you the date of your marriage or the number of children you are going to have. Similarly, a palm reader can predict which profession you will get into in the future. He can only give you a general indication of what line of work will suit your personality. In fact, this is true for other aspects like the amount of wealth one person will accumulate in his lifetime or the number of overseas travel a person may undertake.

Myth Number 5 – Palmists are Naturally Gifted
It is widely believed that palm readers are God gifted psychics. However, today palmistry is being taught in colleges and institutions especially meant for this. In fact, it is true for several divination-based studies. The palmists are not some psychics who are naturally gifted with occult powers. Of course, an experienced reader is better able to catch the fine lines and interpret more accurately. Most palmists agree that they have an interest in helping others in showing them the right direction by way of a palm reading.

Palmistry is one of the popular methods of foretelling future. The palms of your hands may reveal a lot about your personality and your life. It may also give you a direction if you are seeking one. As a branch of study, it intrigues most people whether they are followers, skeptics or merely bystanders.

Read about 5 ways in which Palmistry can help you, here.