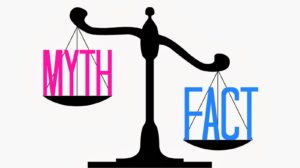 Astrology as we know is the study of the celestial bodies up in the sky. However, a mere study of the movements of celestial bodies like the stars and the planets would merely make it astronomy. Astrology is more than that. It studies in detail the impact of these inter-planetary movements on our lives. Astrologers claim that the movement of these bodies impact every second of our lives here on Earth. Thus, astrology may tell us about our past, explain to us our present and predict our future.

It is true that celestial bodies have fascinated humankind since the beginning of time. When the night sky soaks up all the moon light, showing us its hidden gems in stars and planets, it is but natural to wonder what happens out there, in our galaxy and those far beyond us. Astrology is a product of this amazement.

Historically, astrology has been practised across various cultures. Human kind started studying the behaviour of these celestial planets and observed that there were cyclical and predictive patterns in their interplay. However, it is said that the first organized system of astrology came into being in Greece in the 2nd millennium BC. While arguably the Babylonians are credited with the invention of astrology, they were soon followed by Egyptians and the Greeks.

As the modern popular culture spread its wings, astrology has continued to be of deep interest to its large following. However, there are a lot many misconceptions that riddle the non-followers of this practice. Below are the five most common myths that surround astrology.

Myth Number 1 – Astrology is a Form of Entertainment 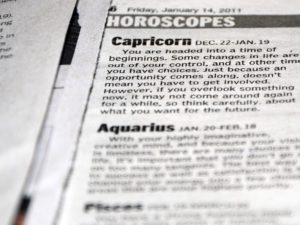 When something as ancient as astrology continues to exist in the 21st century as well, very often it comes laced in the form of entertainment. Daily newspaper columns carry zodiac based horoscopes which are at best based on limited knowledge of astrology. There are 12 zodiac signs in the world and the entire population is divided into these 12 signs. However, astrological birth chart of every person is unique. This means that predicting future based on just the zodiac horoscopes may not justified. It does not represent millions of unique charts each of which hold different predictions. It requires deep study of an individual’s chart in order to make any prediction about his life. While horoscopes based on sun or moon signs are interesting and make for a fun reading, they lack the depth and meaning found in personalised birth charts. 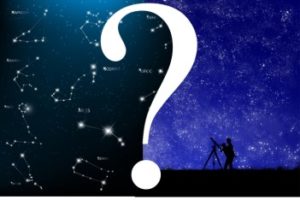 Astronomy and astrology have been closely interlinked since ancient times. It was in the 17th century that they were treated distinctively, mostly by debunking astrology. Towards the end of medieval period, it was believed that astronomy is the foundation on which astrology can operate. Astronomy is the study of interplanetary movements while astrology is the study of its effect on human lives. While both astrologers and astronomers deal with the planets with Earth as an integral part of the universe, both are different in their approach. Due to the common nature of studying the celestial bodies, it can often be mentioned as one and the same however, as mentioned above both are unique branches of study.

Myth Number 3 – Astrology Promotes Superstition Instead of Being Action Oriented

The most common criticism of astrology is it being synonymous with superstition. Sceptics believe that astrologers encourage star worship urging its followers to stop believing in the power of their own actions rather than pray to a particular star or planet to get desired results. However, astrologers point out that astrology focuses on the relationship between the stars and the humans. By observing them they may be able to predict a future event just like the weather department can predict rains. However, it doesn’t mean that if it rains, then you will certainly get wet. You can protect yourself with an umbrella. Similarly, when you know about the possibility of an unfavourable future event, you can be better prepared to effectively cope with it. Astrology may help you in planning your future actions. Hence, it does not stop you from working towards goals. In fact, it only aids your journey.

Myth Number 4 – Astrology Has a Lack of Good Literature 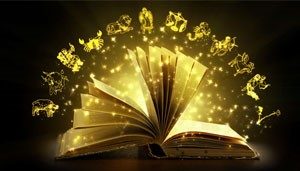 It is a common belief that there is lack of convincing literature on astrology which in turn makes it difficult to trust this practice. However, this is not true. Indian astrology, which is as old as vedas and upanishads has literature from several stalwarts like Varahamira and Aryabhatta. Varahamira’s famous works are recorded in books like Brihatsamhita and Brihatjataka. In the 6th century BC, famous astronomer, astrologer and mathematician Aryabhatta wrote many books like Aryabhattam, Dasha Geetika and Tantra. In recent times, famous astrologers like Linda Goodman, Gary Goldschneider and Joost Elffers among others, have written several best sellers on astrology. Linda Goodman’s book Sun Signs received unprecedented success in the 1960s and led to Goodman being credited for accelerating the growth of the New Age movement in USA. These are few examples of the several books that have been written on the subject of astrology, many of which are still consulted by astrologers. 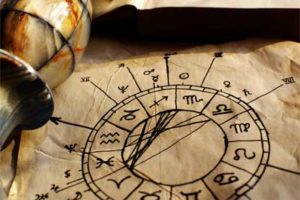 The history of astrology is deep rooted and ancient. Due to this reason, many sceptics are of the view that astrology was never a reality but simply an ancient folklore. However, proof has been found in the form of maps of the celestial bodies that astrology was practised by great civilizations like the Incans and the Aztecs. It was also utilised by Chinese, Greek and Indian civilizations to predict outcomes in their daily lives. Indian scriptures like Rig veda and Atharva veda mention astrology in detail. Based on this information, it may be safe to assume that astrology was indeed a serious work for great cultures across the world for thousands of years.

In the light of the above discussion, it may be safely assumed that astrology has withstood the test of times however in the modern world it is riddled with misconceptions. A proper study of this practice makes it clear that these are nothing but myths thriving due to lack of wide spread knowledge on the subject.