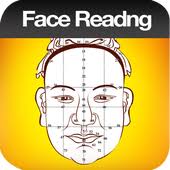 Face Reading or Physiognomy is the study of facial features and expressions to interpret the behaviour, psychology, personality traits and the future of the person whose face is being read.

Physiognomy is not a part of science textbooks or part of the curriculum in schools. However, there is a lot of interest among many of its believers who learn about it in order to deduce human behaviour.

The practice of face reading was prevalent at the time of ancient Greek philosophers like Socrates, Plato and Aristotle. Hippocrates, the father of medicine was said to be familiar with face reading. Aristotle wrote a treatise that dealt with the study of the human face. He also described how to read a person’s face to find out about his character in his book ‘History of Animals’. 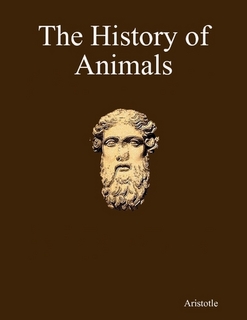 The Greek philosophers deduced that there is a relationship between facial features and the character of a person. This was around the 6th century BC. Many western scholars continued to study face reading. Scholars like Roger Bacon and Claudius Galenus (known as Galen) studied physiognomy. Chaucer, the author of Canterbury Tales also valued face reading and studied it.

However, in the middle ages face reading lost its credibility owing to it being followed by miscreants. In 1775, Johann Kasper Lavater provided credibility to this field by publishing ‘Essays on Physiognomy’. Lavater was a pastor and a poet from Zurich, Switzerland whose essays on physiognomy are one of the first efforts to treat face reading as a scientific study. These essays are the first major texts in the field of face reading with their authentic illustrations and classified systems. There were other texts written as well such as the ‘The Encyclopaedia of Face and Form Reading’ by Mary Olmsted Stanton in circa 1900.

Another field of study called phrenology came into being in the middle ages. Phrenology is the study of the shape of the skulls and their relationship with the human mind as well as the character of the owner. Later studies done through brain mapping disproved the claims of phrenology. The failure of this field had a rub off impact on physiognomy as it led to the application of rigorous scientific methods to all disciplines. Consequently, other unscientific fields of research such as hypnosis and telepathy were also given up on (although they are still prevalent).

What Does Face Reading Tell About the Person?

Facial Regions and Their Relevance

It is believed that the hairline area of a person represents his parents. The area between the hairline and the eyebrows represents career and success in professional endeavours. In between the eyebrows, lies the life region. This region is important as it tells about a person’s life in general. If this area is firm and well-rounded then it means that the person is likely to gain professional success by the late 20s of his life. It also denotes that the person in question has a friendly temperament.

A wide space between the eyebrows coupled with a thick set of eyebrows represents good financial success for the person. It also means that the person will have a long life. On the contrary, if the person has his eyebrows close or his eyebrows are joined together then it denotes that he has a negative outlook towards life and is a rigid person.

The facial regions may also tell us about specific areas of our lives. For example, the area between the centre of the eyes and the nose tip may tell a lot about a person’s life during his middle age. If this area is patchy or has dark spots, it may reveal that the person will have poor health as well as problems with his spouse during that time of his life.

Facial structure and features also have a bearing on human psychology. It is the face of the person that we usually see first while interacting with them. It is human nature to presume things about a person by looking at what is visible to the eye. For example, when we see someone with a baby face, we assume them as innocent. Similarly, a sharp and rough looking person may be presumed as a person with serious character.

In conclusion, the face paves the way to a deeper understanding of the people around us. By learning about some distinctive facial features, we may be able to understand people better and have more harmonious relationships.

Read about a real-life experience with face reading here!